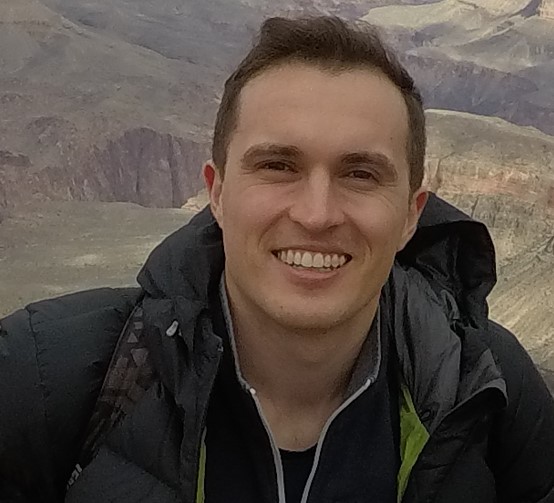 When CanIPhish launched, I hit a roadblock... My phishing websites and domains kept getting blocklisted by Google Safe Browsing, McAfee Safe Browser and so on. Incase you haven't seen what this looks like, it's essentially the mark of death for any domain and each time a domain got flagged, I was $12 out of pocket.

Obviously, I couldn't expect my customers to have successful phishing simulations when their targets would be greeted with this page. So I began venturing down the path of evading threat detection. Unfortunately, information on how to evade reputation blocklists like Google Safe Browsing are sparse and it's a closely guarded topic by these vendors for good reason. Ultimately, I had to stumble upon the answer through much trial and error.

Attempt #1 Initially, I thought Google was gathering DNS data on the sites I looked up (as I use 8.8.8.8 for DNS) and through DNS it was gathering data on what sites to index and scan. Likewise for McAfee, I used McAfee's Safe Search extension on my browser and I thought that's how my phishing websites were getting discovered. In response, I switched my DNS provider and turned off McAfee Safe Search.

This seemed to work to bypass McAfee Safe Search, but after 1-2 weeks I was again hit with the red wall of death... My phishing domains had yet again been blocklisted by Google.

Attempt #2 I then figured that Google must be stumbling across my domains through its indexing capability, I came to this conclusion due to the extended amount of time it took to blocklist my domains after the first failed attempt. I figured an easy way to get around this would be to implement some basic conditional routing. For example, if users went to phishingwebsite.com?v=t they would see something very different to what users would see if they just visited phishingwebsite.com. 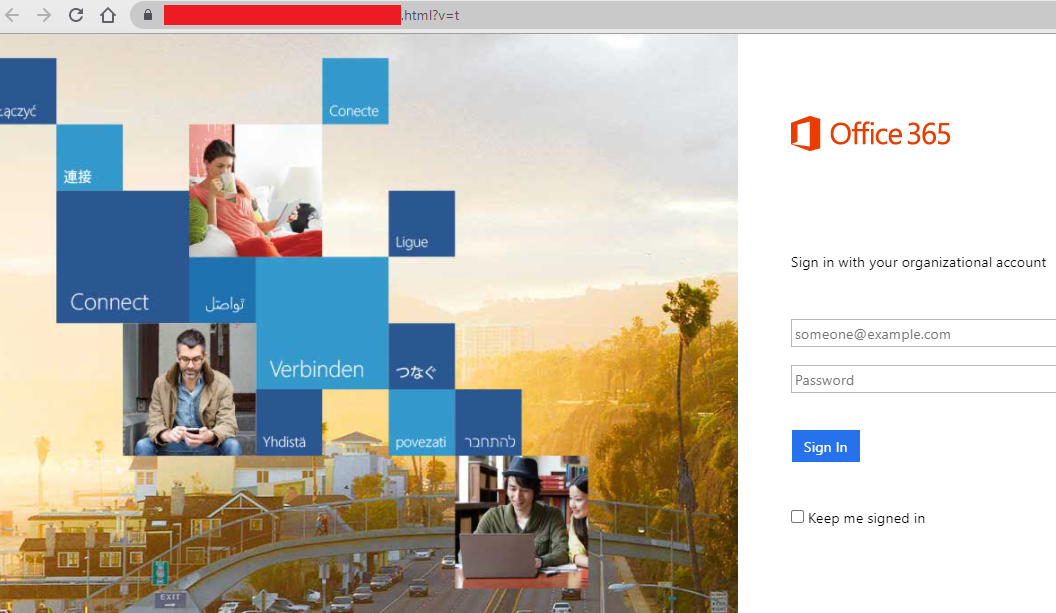 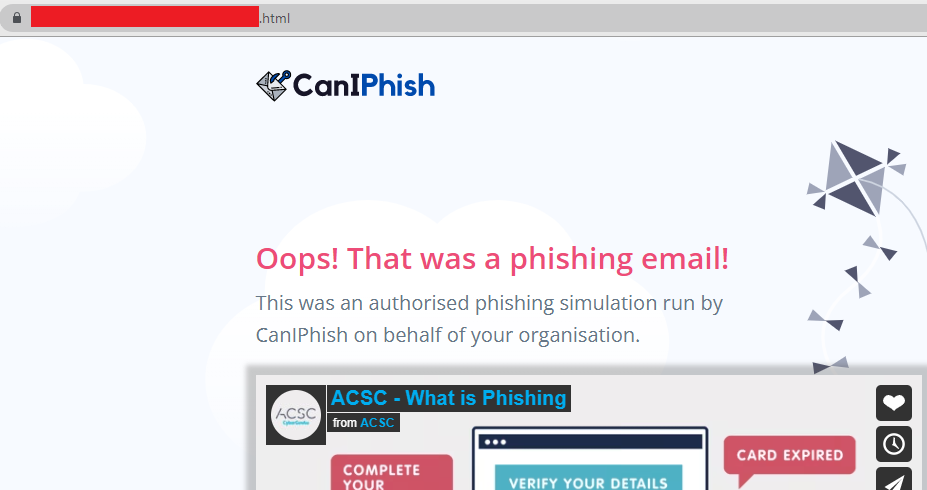 This actually stopped Google from indexing and scanning my phishing lookalike websites. All it ever saw was my innocous webpage, which included phishing awareness material. However... once phishing material began getting sent to Gmail users, I found that Google Safe Browsing had blocklisted all my phishing domains again.

I came to the conclusion that Google must be scanning Gmail users inboxes and detonating URLs including their querystring parameters after X time had passed. At this point, I had nearly a dozen domains blocklisted and it seemed like everytime I found a solution, there were additional detection techniques I hadn't considered.

After a day or two I figured I'd give evasion one final attempt... and I'd throw everything at it.

I ultimately gathered that conditional routing on all inbound web requests would need to be daisy-chained with the following additional capabilities to prevent Google and other OSINT providers from flagging my domains:

I found that capabilities 6 and 7 would be imperfect and technically difficult to implement and in the end, I decided not to implement them – they’re listed primarily for informational purposes.

So now that my requirements were gathered, I needed to architect the solution. For added context, my entire SaaS platform is built on AWS so I decided to keep things in-house and craft the solution using entirely AWS native technologies.

The list of technologies along with a short overview of their purpose is as follows:

Note: The above lsting isn't exhaustive and is only associated to phishing website hosting and evasion of threat intelligence providers. For hosting the full SaaS solution, a variety of additional technologies are used.

Reference: Step 1. is the user making a request to obtain the phishing website and Step 2. is the user responding to an API via a JQuery event when the webpage has loaded and when certain actions are performed (e.g. entering credentials, clicking submit, etc.) 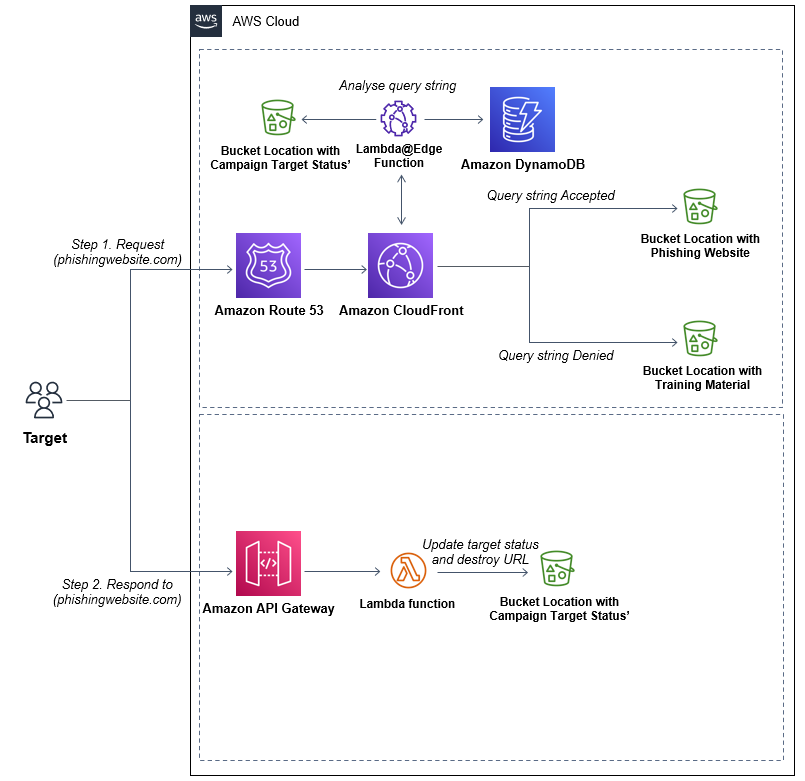 There are likely far more efficient methods of achieving the same outcome, but this architecture has worked for me thus far. If you have any thoughts on how this could be improved, I'm all ears!

My aim with this article is to highlight how threat actors can utilise single-use and time-sensitive URLs to evade detection by the myriad of threat intelligence vendors including Google, McAfee and so on. Ultimately, the use of an in-flight sandbox or browser-based threat detection tooling is needed to provide true protection from phishing websites.

If you want to see these phishing websites in action, simply create a CanIPhish account and start phishing!

A Security Professional who loves all things related to Cloud and Email Security.

Note! CanIPhish use cookies to store user session information as well as acceptance of this cookie policy. If you have issue with this, do not create an account, login or accept this consent form.